An op-ed by Robert J. Kerwin

As the 2021 Federal Trade Commission (FTC) report to Congress on repair restrictions acknowledged, some medical equipment manufacturers are limiting the availability of diagnostic software and firmware necessary to make repairs.

That situation may soon worsen, if legislation proposed by a manufacturer trade association is filed and approved. This new legislation is poised to redefine, without justification, the term “remanufacturing” to include some activities long accepted as servicing and refurbishing, meaning the activities would not be permissible without FDA approval and compliance with FDA manufacturer registration and regulatory requirements. Some observers think deliberation on this legislation, if filed, could happen as soon as March 30, when consideration of the 2022 Medical Device User Fee Amendments (“MDUFA V”) is expected to take place.

What does this new manufacturer legislation on “remanufacturing” have to do with medical device user fee legislation? In a word: NOTHING. But some stakeholders may be hoping the “Clarifying Remanufacturing Legislation” (and expanded definition of remanufacturing that comes with it) could limit certain refurbishing and servicing activities. These could conceivably include limiting the ability to use some replacement parts which might be otherwise conforming though they originate from a different (and potentially less expensive) manufacturer.

There are other implications from the remanufacturing definition in the legislation reportedly being proffered, including penalizing use of the recently adopted exemption from the anti-circumvention provision of the DMCA to access software necessary to service medical devices and systems, “bypassing technological protection measures”, which would be considered remanufacturing.

In this article, I am to outline my understanding of the proposed legislation, if filed, and the impact it could have on medical equipment stakeholders.

Involving Congress when the FDA should have the final word
The possible passage of this new legislation would happen while the medical device industry awaits finalization of the remanufacturing guidance, which the FDA has placed on its “A-list” of prioritized device guidances. In many ways, this legislation would supersede the FDA Remanufacturing Guidance, a fact which may be quite disappointing to the 80-plus equipment service stakeholders who took the time to comment on the guidance, believing their comments would be impactful.

There are other implications, including the impact of this legislation, if approved, on the FDA proposed rulemaking involving 21 CFR 820 and ISO 13485. Three weeks ago, the FDA published in the Federal Register its intention to amend the current good manufacturing practice requirements and included an invitation for comment on the FDA proposed regulation.

But apparently some are not willing to await public comment and consideration of the about-to-be-published FDA Guidance as well as the above-referenced new FDA regulation — preferring instead to ask Congress to intercede. This legislation may be sending another message which has implications for industry competition. As former EP Radiological Services Inc. president and CEO, Richard Flannery commented, “FDA regulatory changes should be, first and foremost, about patient safety.”

Expanding the definition of ‘remanufacturing’ without justification
Notably, under this trade association proposed legislation, the definition of “remanufacturer” includes activities undertaken by a person other than the manufacturer that “could” change the performance, safety specifications, or intended use of the equipment. A long list of possible “remanufacturing” activities would include replacement parts and module compatibility, cybersecurity, software, use of non-conforming parts and bypassing access protections or technological protection measures. All of this would possibly be considered to be “remanufacturing” if this legislation is allowed to proceed.

ECRI Vice President Emeritus Mark Bruley, whose substantial ECRI analysis was relied upon in the 2018 FDA Servicing Report to Congress noted that regulatory changes in the FDA area “should be evidence-based”. Nothing in the proposed legislation details why the legislation is necessary in light of the FDA initiatives or how these denoted activities bear any relation to the current concept of “remanufacturing” — which requires a “significant” change to a device or system.

Indeed, the legislation would drop the requirement of “significant” changes from the existing FDA definition altogether. This may be seen by a review of the existing FDA Remanufacturing Regulation definition found at 21 CFR 820.3(w). It provides that a remanufacturer “is any person who processes, conditions, renovates, repackages, restores or does any other act done to a finished device that significantly changes the finished device’s performance or safety specifications, or intended use.”

“How does one evaluate when a non-significant activity falls within the rubric of this proposed legislation?” said IAMERS president Diana Upton. “I am concerned that the net effect on the healthcare system might well be to reduce the availability of refurbished equipment and/or increase the cost, with limited to no potential benefit for patient safety.”

Such effects would run contrary to the FDA’s latest findings on the need to regulate third-party servicers, when it determined there was “insufficient evidence” of a need to do so. Indeed, the FDA noted last year in its letter to the U.S. Copyright Office that “[d]evice servicing entities may be well positioned to help identify and address security vulnerabilities, and [FDA] observes that ISOs may play an important role in maintaining the overall quality, safety, and efficacy of medical devices.”

Cybersecurity activity deemed ‘remanufacturing’ activity in new definition
The proposed definition of “remanufacturing” activities includes cybersecurity. If passed, this legislation could complicate cybersecurity activities for equipment servicers. As co-editor of the AAMI Cybersecurity Guide for Medical Devices Stephen Grimes commented, “The nature of the security risk today is such that mitigations need to be prompt, and although the manufacturer
should vet and approve the cyber solutions, there is no current requirement that the FDA also review the cyber solutions for discovered vulnerabilities. Imposing this requirement could unduly delay and substantially increase the risks to patient safety.”

Legislation would require annual FDA reports in consultation with Congress
The proposed legislation also has inspection and enforcement provisions. It would task the FDA with establishing a risk-based schedule of inspections to ensure that there is adequate education and representation of establishments as “remanufacturers” and that the annual FDA report be made available on the internet, identify the number of establishments registered as remanufacturers that were inspected, and the percentage of the FDA budget that was used to fund the inspections. As mentioned earlier in this article, the FDA has already concluded that “the currently available objective evidence is not sufficient to conclude whether or not there is a widespread public health concern related to servicing, including by third parties of medical devices, that would justify imposing additional/different burdensome regulatory requirements at this time.”

The FDA would also be required to prepare a report within 18 months of enactment after consultation with the House Energy & Commerce Committee and the Senate HELP committee regarding the findings of the report. The FDA would also receive from state regulatory bodies and other state authorities reports on remanufacturing activity. No explanation is offered as to why the FDA would be consulting the Congressional Committees. Notwithstanding, there are stakeholder groups who should be consulted on impactful changes to the Federal Food and Drug Cosmetic Act, such as that apparently proposed in the legislation. These groups include
prominently the Medical Device Servicing Community (“MDSC”).

Samantha Jacques, vice president of McLaren Clinical Engineering Services and a member of the MDSC Steering Committee recently observed MDSC’s progress as a forum to consider issues: “The Medical Device Servicing Community has created and continues to expand a vibrant environment in which different constituents including manufacturers, hospitals and third-parties can come together to develop consensus on topics such as training best practices and minimum requirements for quality management systems across the country.”

So, the question remains: if there are industry recognized and FDA forums for discussion of important changes, why are they not being pursued? Are there overreaches in the legislation which, if filed and passed, may affect patient safety, cybersecurity responsiveness and compliance with the new Executive Order on Competition?

With deference to the Yankee great, Yogi Berra, this seems like “deja vu all over again”, as some in 2017 tried without significant stakeholder notice and opportunity to be heard, passage of an amendment to the Federal Food Drug and Cosmetic Act to directly (or indirectly) regulate servicers. The FDA report that followed noted that servicers were necessary for the healthcare ecosystem and that the FDA intended to proceed with clarifying remanufacturing activities. If the FDA has announced it is amending its quality system regulation and proceeding with a final Guidance on Remanufacturing, it is unclear why Congress should be getting involved at this
point. If this remanufacturing legislation is filed and passes, it will no doubt leave a bad taste in the mouths of the many stakeholders who have offered and are continuing to offer the FDA comments on its impactful initiatives. It may also limit hospital choices. We hope those advocating for the proposed legislation will reconsider. Alternatively, let’s hope that Congress will recognize that this proposed legislation may have competition implications, and “clarification” is the last thing it may achieve. Perhaps it may be time to check in with your Congress member?

About the author: Robert J. Kerwin is general counsel for IAMERS, the International Association of Medical Equipment Remarketers and Servicers.

This article is reprinted with permission of DOTmed HealthCare Business News and can be read online in its original format at: https://www.dotmed.com/news/story/57473 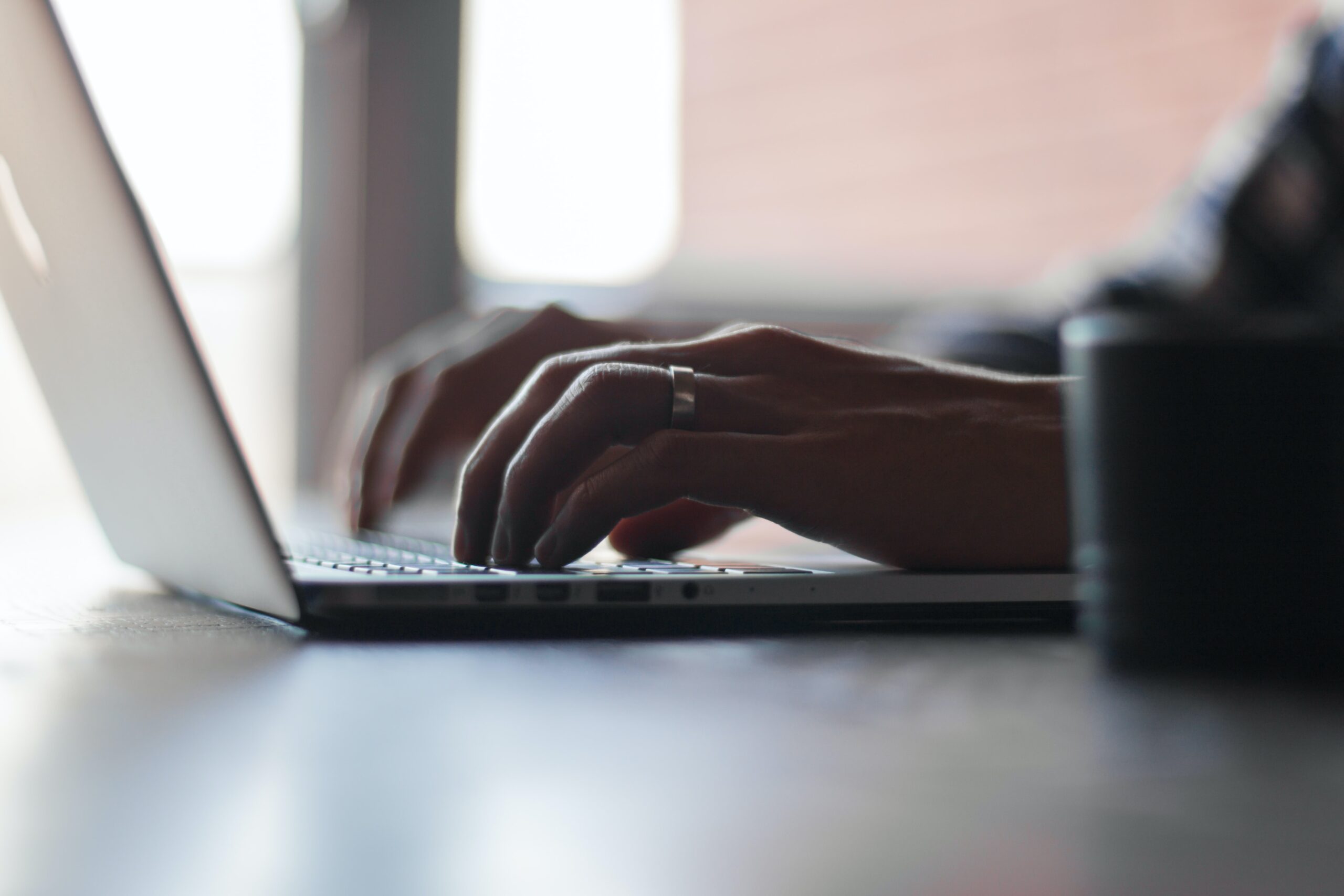 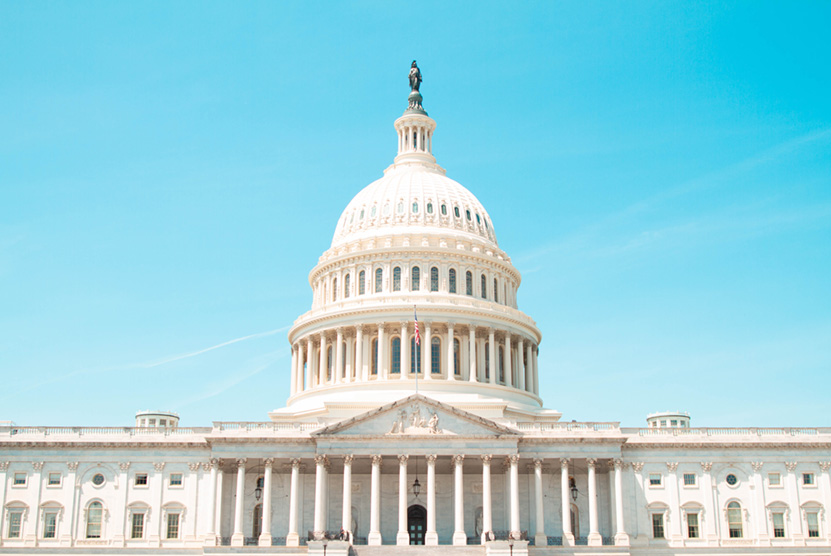